An easy, finger-food dessert that is perfect for parties, barbecues, or just Friday Night. A thin layer of milk chocolate ganache is spread onto Graham crackers and topped with homemade marshmallow frosting! 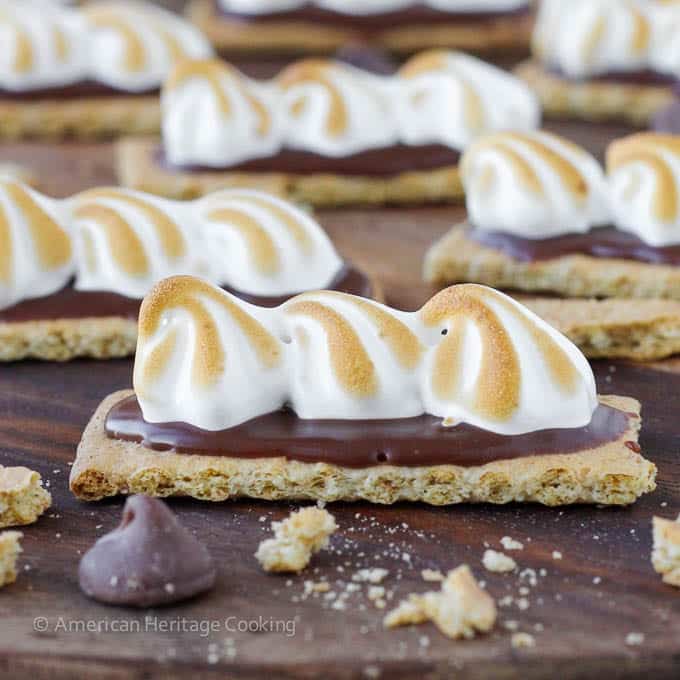 Easiest cooked frosting ever. Seriously cannot believe how fast this was and how little work I actually had to do to make it. That’s my kind of frosting! And making it gives you free license to torch things!

It’s like I missed my calling as a welder or something. 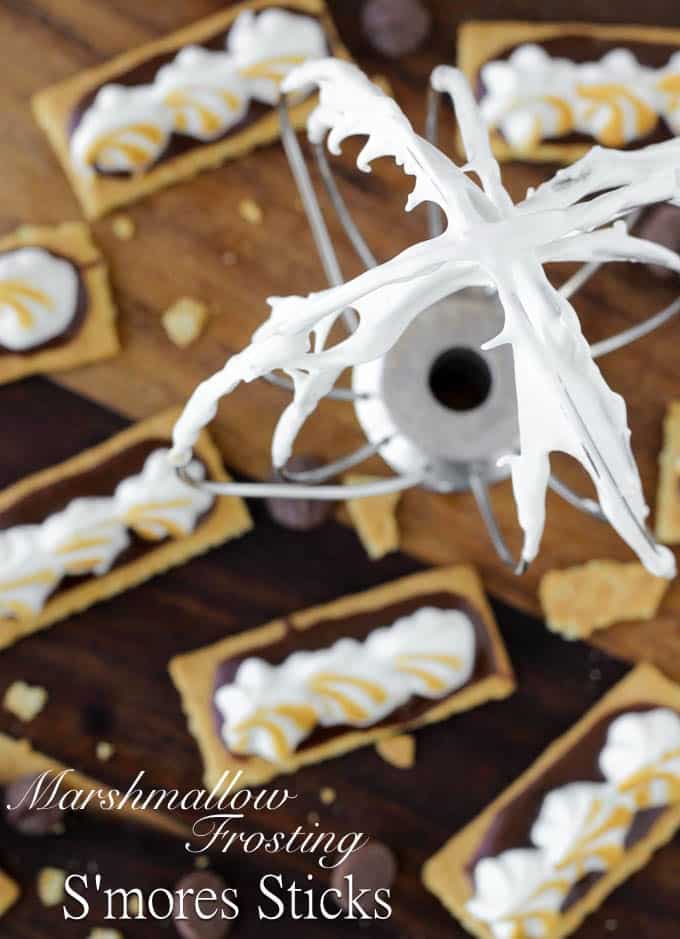 When my husband and I were in Chicago last week, we took a little evening trip to Richardson’s Farm, which is home to the largest corn maze in the world. Yes, the whole world.

We did the whole shebang: took a tracker ride, braved the corn maze, ate some kettle corn, climbed a tower and watched some teenagers shine super powerful lights on people in the maze (hi-larious, btw), drank some hot cider, ate some more kettle corn, and warmed ourselves beside a campfire.

What was this idyllic little scene missing? S’mores. (Obvi.)

Before I had time to fully lament our lack of forethought, my husband was off to a neighboring campsite to commandeer us a s’more. {Just kidding, he asked politely.}

One lone s’more between the two of us.

And it was AWESOME. 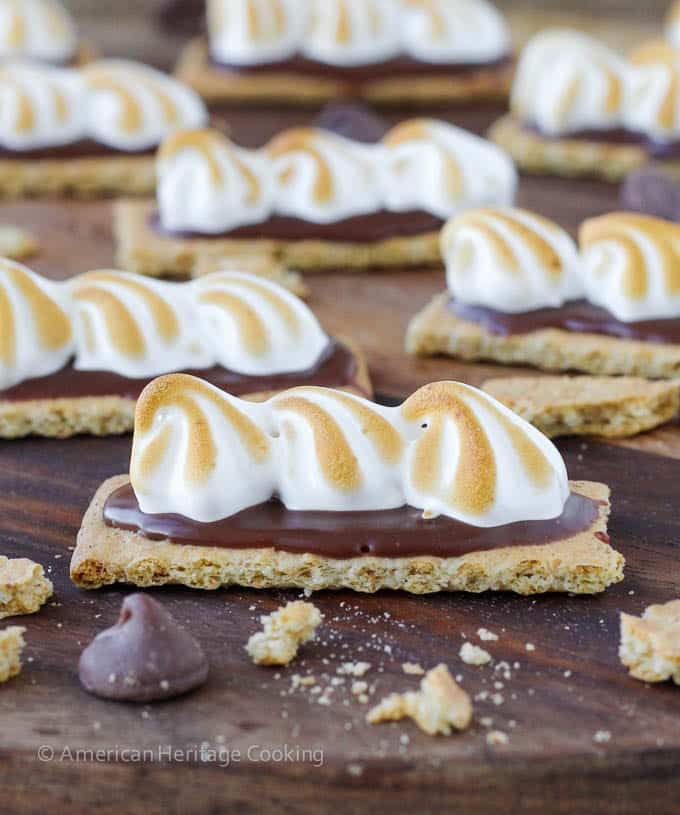 We smelled like a campfire for weeks but it was totally worth it for that little shared bit of melty, marshmallowy happiness.

These Homemade Marshmallow Frosting Smores Sticks are my tribute. Nothing competes with a campfire s’more (except maybe these smores crumble bars) but these little S’mores Sticks come close.

It’s all about the perfect marshmallow frosting and milk chocolate ganache. #fancy

But may I suggest you take two and stick them together? 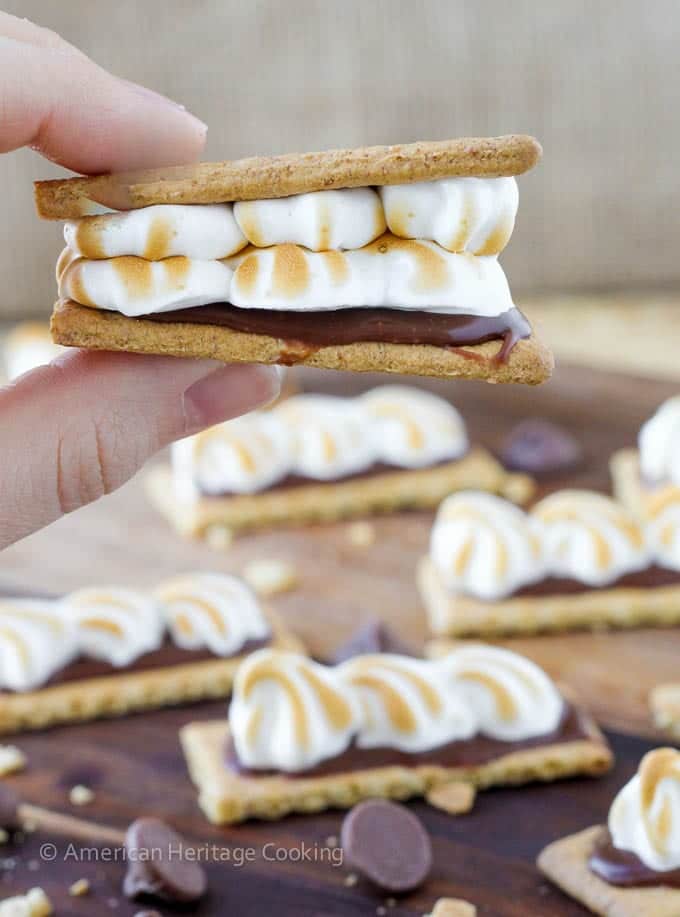 And then dip them in milk chocolate ganache? <– too much? 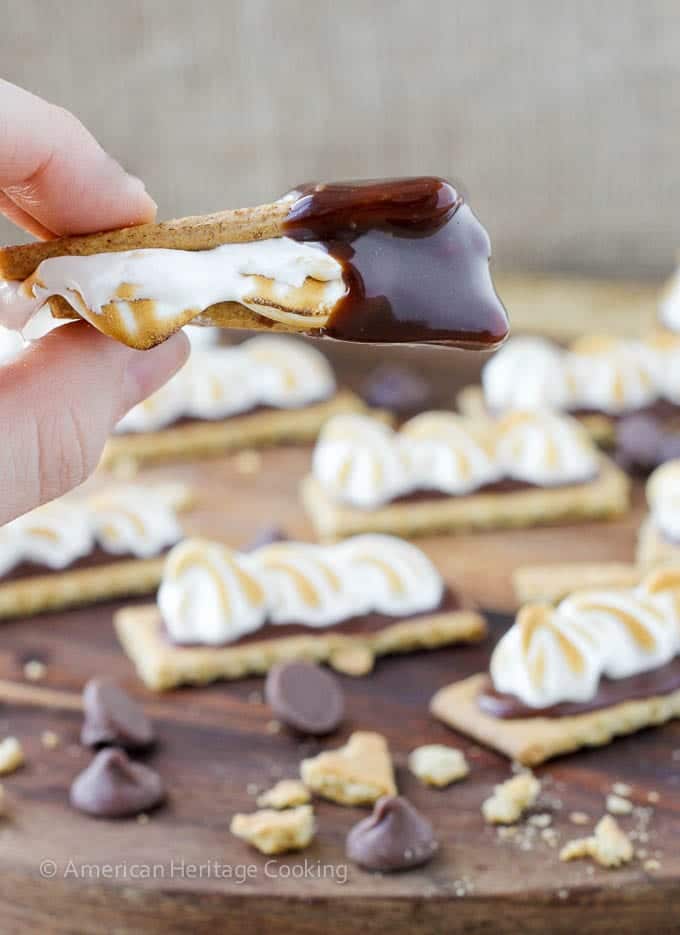 I like to think of these as classy little party S’mores.

So get to the kitchen and get your party on! You probably already have all the ingredients. 🙂

A thin layer of milk chocolate ganache is spread onto Graham crackers and topped with homemade marshmallow frosting! An easy, finger-food dessert that is perfect for parties, barbeques, or just Friday Night.

For the Marshmallow Frosting:
For the Smores Sticks:

Recipe for the Marshmallow Frosting adapted from Chow

This frosting recipe will frost 16 cupcakes or makes 48 mini sticks.

3.1
https://americanheritagecooking.com/2014/11/homemade-marshmallow-frosting-smores-sticks/
All images and content are copyright protected. Please do not use my images without prior permission. If you want to republish this recipe, please re-write the recipe in your own words, or link back to this post for the recipe. Thanks! 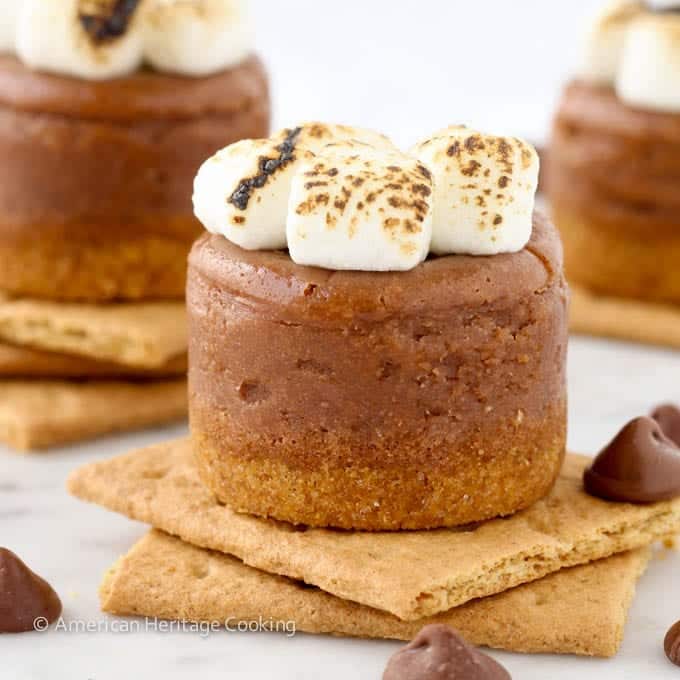 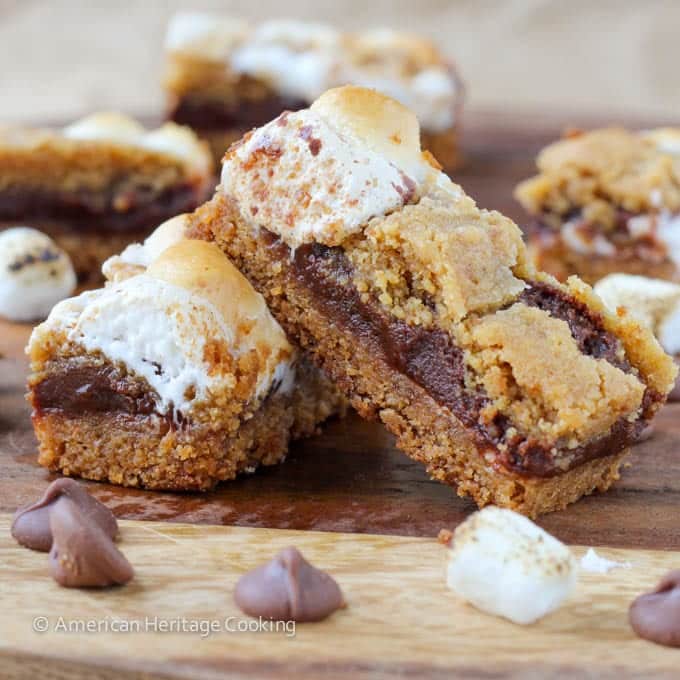 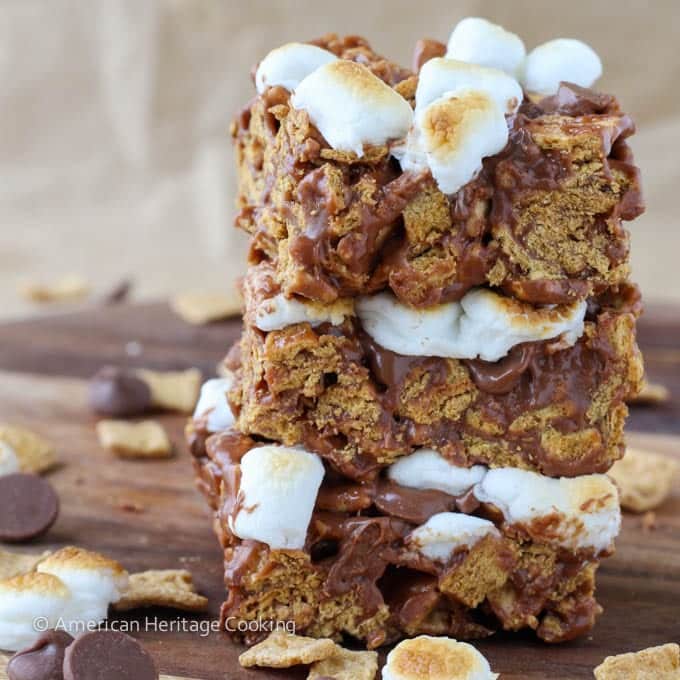 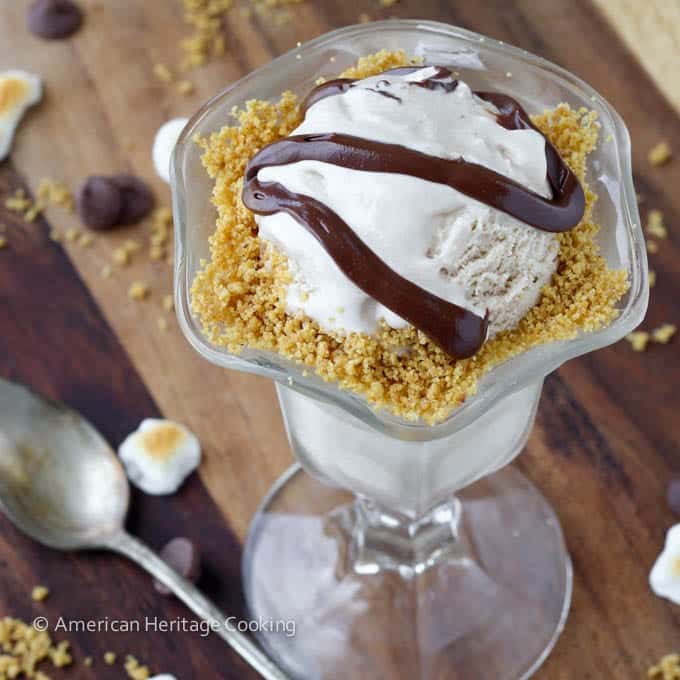 I vote that the Quarantine sourdough craze should

You’re giving me all the Fall feels 🤗😍🍏

The Caramel Apple Cupcakes of your dreams 🍎🧁

Pies on pies! I heard that a pie a day keeps the s